Melissa "Missy" Franklin was a star in the making at just five years old after her mother, who has a fear of water, encouraged Missy to pick up competitive swimming. Despite growing up in landlocked Colorado, Franklin showed the near opposite reaction to the sea, preferring to be in water than on land during most family vacations. “I don’t think there’s ever been a time in my life when I haven’t had fun in the water,” she told The Washington Post. “Sometimes I wonder if the love for it will ever stop, but I don’t think it will.”

By age 13, Franklin was competing in her first U.S. Olympic Trials, electing to try for the U.S. Olympic swim team rather than for Canada, the country from which her parents emigrated and where she has dual citizenship with the U.S. She didn’t qualify for the Beijing 2008 Olympic Games, but London would be calling in four more years. In the meantime, she won her first international medal at the 2010 Short Course World Championship in Dubai, placing second in the 200m backstroke and earning a "Breakout Performer of the Year" award at the USA Swimming gala, Golden Goggles. At the 2011 Long Course World Championships, she nabbed five medals—three of them gold—and during that same year she broke her first world record at the FINA World Cup, gaining a FINA Swimmer of the Year nod (her first of two). 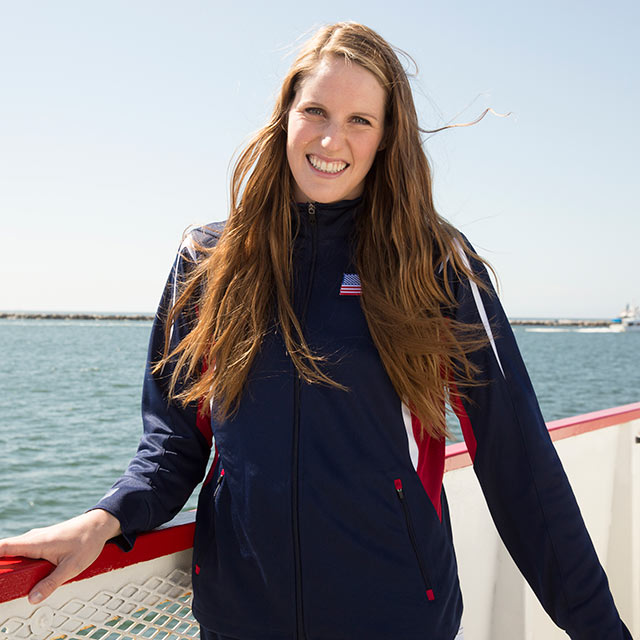 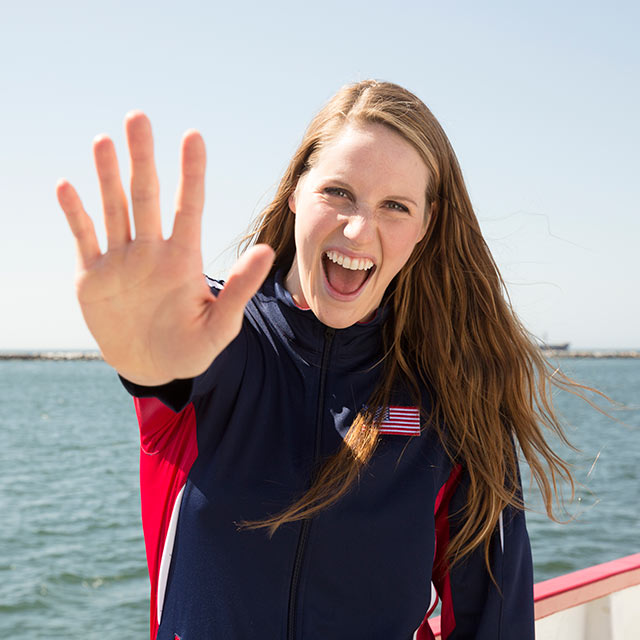 As she grew up, she grew tall, developing an ideal swimmer’s physique at 6 feet 1 inch tall with a 6-foot-4-inch wingspan and a women’s 13 shoe size, which her parents fondly call “built-in flippers.” At just 17 years old, not yet a senior in high school, Franklin stormed the world stage at the London 2012 Olympic Games, winning four gold medals and a bronze medal while sweeping the backstroke events. She holds the world record in the 200m backstroke, shares the world record for the 4x100m medley relay, and holds the American record in the 100m and 200m backstroke.

In 2012, Franklin accepted an athletic scholarship at the University of California, Berkeley and continued to refuse any prize money and endorsements in order to maintain amateur status and compete at a college level. She became a four-time individual NCAA champion during her years at Cal and helped the team earn the 2015 NCAA Women’s Swimming and Diving Team Championship. Franklin has won 15 gold medals in international competition, and with 11 first-place finishes in the FINA Long Course World Championships alone, she holds more gold medals than any woman in the event’s history.

Stardom came before,during and after the London 2012 Olympic Games when she joined that U.S. Olympic Swimming Team in a smile-inducing lip-sync video that went viral just before the Olympic Games. Her dance moves also proved useful in Visa’s recent global campaign in which Franklin shimmies in the passenger seat in a mock Team Visa carpool to Rio. Franklin joined Team Visa, a group of world-class Olympic and Paralympic Games athletes who embody Visa’s values of acceptance, partnership and innovation, this past March. Through the Team Visa program, Visa has supported more than 1,000 Olympic and Paralympic Games hopefuls by providing them with financial and marketing support in the run up to and during the Olympic Games.

Just before competing in the Rio 2016 Olympic Trials the now 21-year-old Franklin tweeted: “I love what I do. When I think I have nothing left, this sport forces me to dig deeper and find something I never even knew was there.”

Celebrate 360°of acceptance: stories thatconnect us all.